As most U.S. stock market indices are making new all-time highs, including the Nasdaq, S&P 500, Russell 2000 and Wilshire 5000, the NYSE and the DOW are lagging the overall market.

The Advance-Decline Line is a stock market technical indicator used by investors to measure the number of individual stocks participating in a market rise or fall.

This often-leading indicator gives us an idea of the overall internal breadth of the index, and can also help us spot trend reversals in the stock market when the indicator creates a divergence*.

NYSE and DOW versus their Advance-Decline Line 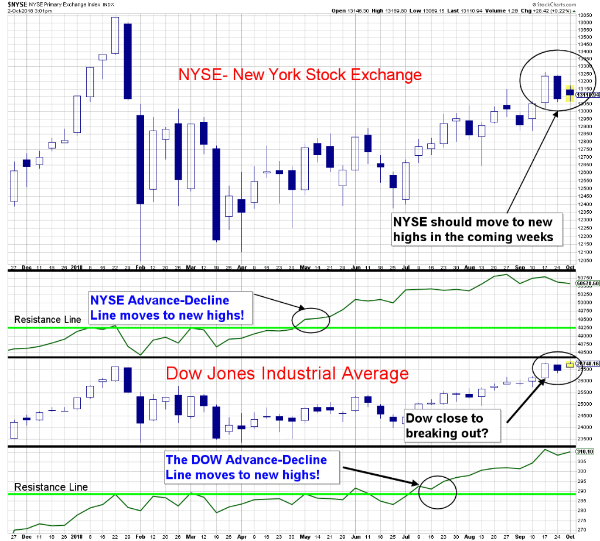 Such negative divergence was also seen toward the end of the roaring twenties bull market, during 1972 at the height of the Nifty Fifty market, and starting in March 2008 before the late-2008 market collapse. 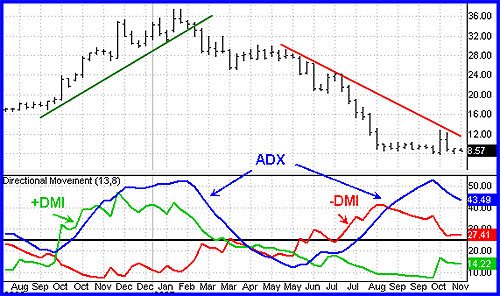 Beginning in August 2018, a STRONG BUY is noticeable looking out several weeks/months for the S&P 500.

The ADX Line is settling in relatively low territory compared to the last several months, while +DI significantly crossed above-DI simultaneously, showing not only the strength in the underlying trend, but also showing a trend in its early stages based on history.

Recently, Rennie Yang from Markets Tells noticed the University of Michigan Consumer Sentiment Survey topped 97 in September.  In fact, the survey came in at 100.1, it’s highest reading in years.

Readings this high tend to bode well for stocks over the following year. Since 1980, there have only been 12 other months in which the survey topped 97 for the first time in three months. All but one led to a higher S&P 500 one year later, with an average gain of 15.8%.
Stay tuned…

iINVEST SOLUTIONS IS A REGISTERED INVESTMENT ADVISER. INFORMATION PRESENTED IS FOR EDUCATIONAL PURPOSES ONLY AND DOES NOT INTEND TO MAKE AN OFFER OR SOLICITATION FOR THE SALE OR PURCHASE OF ANY SPECIFIC SECURITIES, INVESTMENTS, OR INVESTMENT STRATEGIES. INVESTMENTS INVOLVE RISK AND UNLESS OTHERWISE STATED, ARE NOT GUARANTEED. BE SURE TO FIRST CONSULT WITH A QUALIFIED FINANCIAL ADVISER AND/OR TAX PROFESSIONAL BEFORE IMPLEMENTING ANY STRATEGY DISCUSSED HEREIN. THE TACTICALSHIFT™ STRATEGY MAY GENERATE A TAXABLE EVENT IN NON-QUALIFIED (TAXABLE) INVESTMENT ACCOUNTS. PLEASE CONSULT YOUR TAX ADVISER. PAST PERFORMANCE IS NOT INDICATIVE OF FUTURE PERFORMANCE.  MoneyGuidePro® is a registered trademark of PIEtech, Inc. All rights reserved.