Based in Kingsport, TN

Fear levels (via the Volatility Indexes), have hit comparable levels to the crash of 1987 and the financial crisis of 2008.  This correction happened quickly, a sudden decline within a “secular bull market”, much like the crash of 87’ which drove fear levels to extremes in short order.  The only warning technically in both cases was an overbought stock market condition, where major stock market indices had moved up too quickly and needed consolidation (a pullback).  However, the speed of this current decline combined with fear levels reached makes this decline significant.

In the chart below, we look at the NYSE (New York Stock Exchange).  We decided to look at the NYSE because of two reasons: (1) It’s a good measure of overall breadth of the stock market, and (2) it has been the underperformer technically for years compared to the Wilshire 5000, S&P 500 and the DOW.  Because of this underperformance, it gives us clues as to the worst-case scenarios that could unfold and finding an ultimate bottom.

Below, you can see the levels of fear from the past, coinciding with a 38.2% Fibonacci Retracement (pullback) from the 2008 bottom, much like the pullback that occurred in 2000-2002, coming off the bottom of the end of the 1970’s “secular bear market”.

There are a couple things noteworthy about this decline, the speed and the fear levels reached among investors.

Fear is not a bad thing, it is fuel for the stock market, and it often coincides with massive selling or final capitulation. 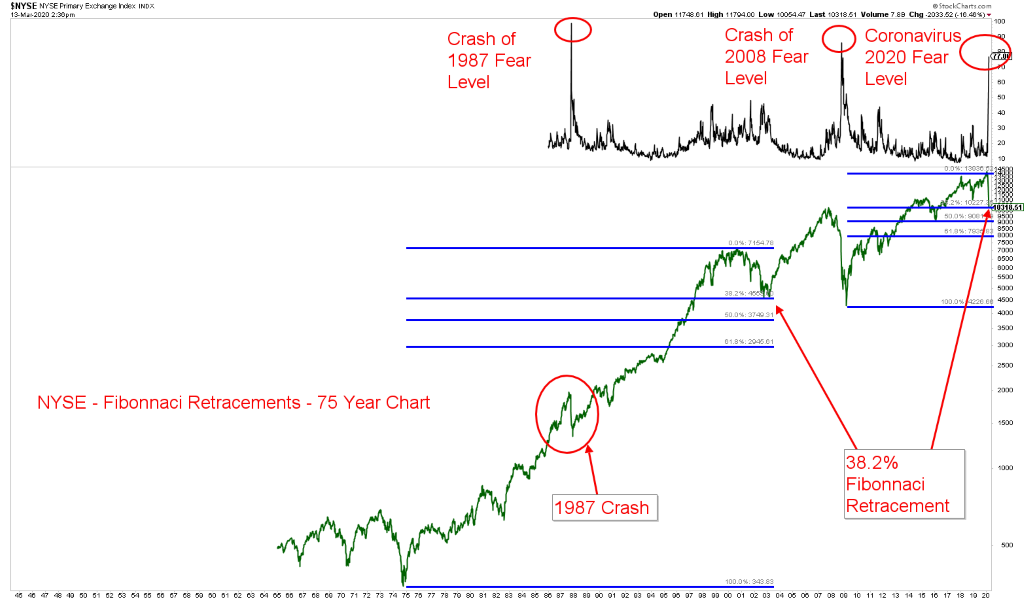 In the chart below, we have zoomed in on the above chart of the NYSE. It shows how we have entered the 2015-2017 consolidation time period, which is lining up to be significant support. It’s an area combined with a 38.2% pullback and historic fear level spikes often seen near stock market bottoms. 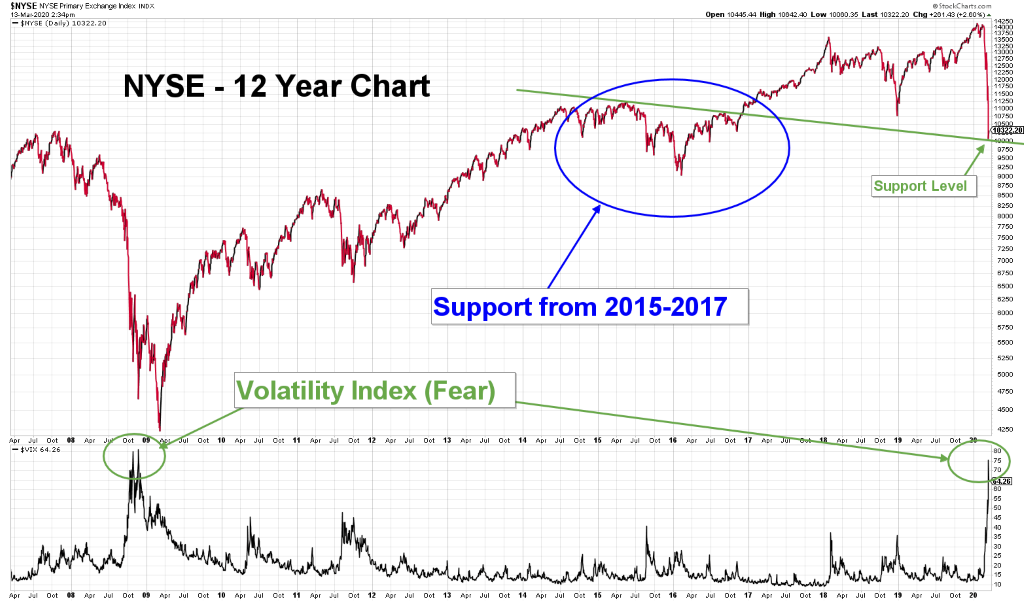 Looking at current fear levels, Fibonacci Retracements of the past and a significant support zone from the 2015-2017 decline, chances are good that we are at a buying opportunity not a selling opportunity. We have seen major institutional “smart money” buying activity at S&P 500 2720-2750, then again at 2550-2650. It’s hard to know whether these latest buys put a floor in, but we should be close based on history. When sustained Institutional “smart money” buying activity finally comes in during stock market declines like this, a lasting long-term bottom is usually nearby.

iInvest® Stock Market ALERT and Newsletter service provides the tools you need to navigate today’s unpredictable markets. Click on the link below to signup for newsletters, ALERTS, andiInvest® Educationals for free! 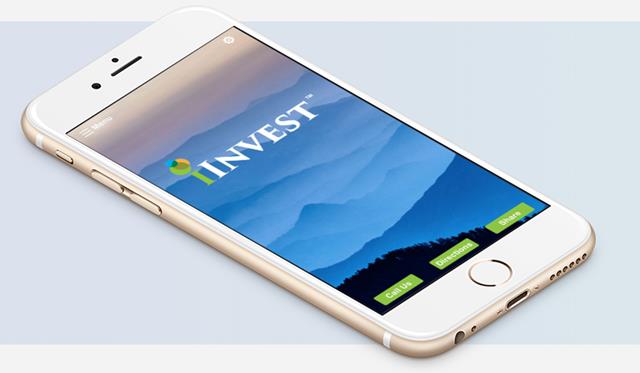 We are a smarter, modern way to invest and offer an awesome user experience on all your devices.  Our investment platforms are designed to optimize performance at every risk level.

The iInvest® Team is here for you and excited to help reach all your financial goals.

iINVEST SOLUTIONS IS A REGISTERED INVESTMENT ADVISER. INFORMATION PRESENTED IS FOR EDUCATIONAL PURPOSES ONLY AND DOES NOT INTEND TO MAKE AN OFFER OR SOLICITATION FOR THE SALE OR PURCHASE OF ANY SPECIFIC SECURITIES, INVESTMENTS, OR INVESTMENT STRATEGIES. INVESTMENTS INVOLVE RISK AND UNLESS OTHERWISE STATED, ARE NOT GUARANTEED. BE SURE TO FIRST CONSULT WITH A QUALIFIED FINANCIAL ADVISER AND/OR TAX PROFESSIONAL BEFORE IMPLEMENTING ANY STRATEGY DISCUSSED HEREIN. THE TACTICALSHIFT™ STRATEGY MAY GENERATE A TAXABLE EVENT IN NON-QUALIFIED (TAXABLE) INVESTMENT ACCOUNTS. PLEASE CONSULT YOUR TAX ADVISER. PAST PERFORMANCE IS NOT INDICATIVE OF FUTURE PERFORMANCE.  MoneyGuidePro®  is a registered trademark of PIEtech, Inc. All rights reserved.