State of the Market
June Edition

In our February 6th iInvest® ALERT, and in the April Edition of theiInvest® State of the Market newsletter, we pointed out that the declines and volatility in the stock market that began in February 2018 was simply due to an overbought condition, as most indices had gone up too far too fast, both on an intermediate-term and long-term basis.  For the long-term uptrend to continue, we either needed a sideways move or a correction to fix this problem.

In our June 13th iInvest® ALERT, we pointed out that the consolidation pattern that was occurring since early February was ending, with many breadth indicators such as the S&P 500Advance-Decline Line and the Russell 2000 Small Cap Index having bullish breakouts to new highs. 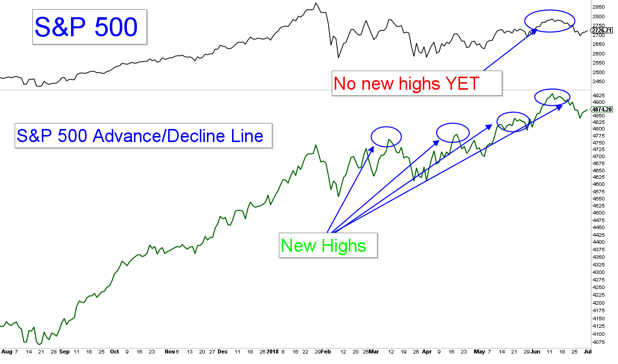 We also pointed out that the entire consolidation that began in February was a Pennant formation, which we now have broken out of, a positive development. 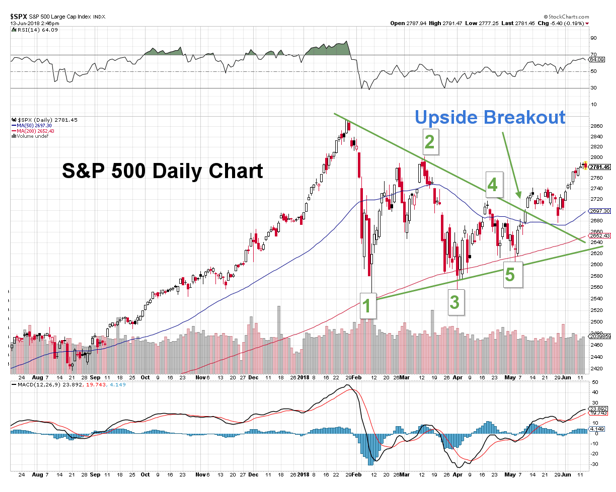 As we look at the current state of the S&P 500, it appears to still be consolidating but finding support at the 40-week (200-day) moving average.

In fact, we have seen large Institutional “smart money” buy programs pick up at the 2700 level, just like we did at the 2600 level in February and April, so this area should provide strong support going forward.

Markettells, a leading Quantitative Analysis firm, points out that “Standard buy programs always precede or coincide with Major buy programs”, so there’s potential for big “smart money” buying in the coming days, which would be another positive development. 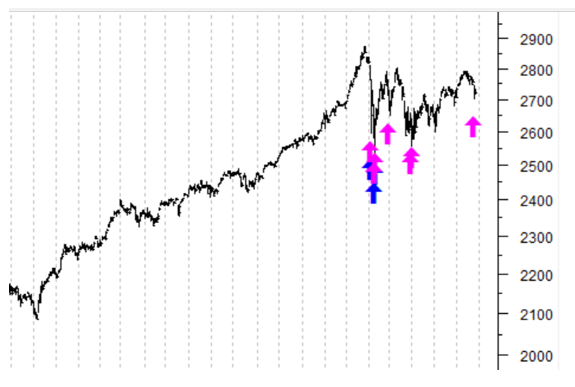 They point out that Buy Programs “almost always trigger on down days, the bigger the better”. Therefore, there is potential for a further increase in volatility short-term in a quick market “dive and recovery scenario”, meaning don’t rule out the possibility of a quick stock market decline in the coming days with an increase in fear, followed by a quick recovery.