State of the Market

In our February iInvest® Alert, and in the March Edition of the iInvest® State of the Market newsletter, we pointed out that the declines and volatility in the stock market that began in February 2018 was simply an overbought correction (short-term decline), as most indices had gone too far too fast, both on an intermediate-term and long-term basis.  For the long-term uptrend to continue, we either needed a sideways move or a correction to fix this problem.

We also pointed out that the spike in fear (as measured by the VIX and VXO) and the high level of down volume selling (99%+), because of it’s severity and how quickly it occurred, was a positive development for the stock market, as fear is fuel the stock market.  Also, after reaching this spike in fear and down volume selling, the fact that the markets had only resoloved an overbought condition in an established uptrend was a big plus.

Similar spikes in fear and down volume selling (99+%) usually occur during more “mature” bear markets, and usually it’s the capitulation we need to find a bottom.

Looking at institutional “smart money” activity, large spikes in program buying have occurred around the 2600 level both in February and April, which shows this level could be strong support as we move forward. 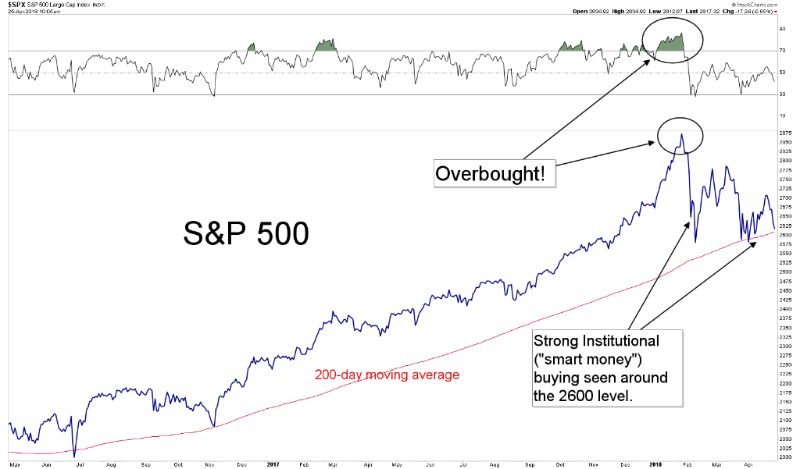 In the chart below, you can see the NYSE Advance-Decline Line which shows a similar divergence, which is another positive internal breadth development for the stock market going forward.

Since iInvest® is based on Kingsport, TN, we thought we would look at Eastman Chemical (EMN).  From 2015-2017, EMN was forming what is called a Cup and Handle Continuation Pattern, inevitably a bullish pattern but can take a while to complete.  For EMN, this buying opportunity began in early 2017, where the long-term uptrend reestablished itself.
For now, EMN has basically completed the bullish breakout from this chart pattern and is somewhat overbought, but on a long-term chart it still looks quite healthy and strong. 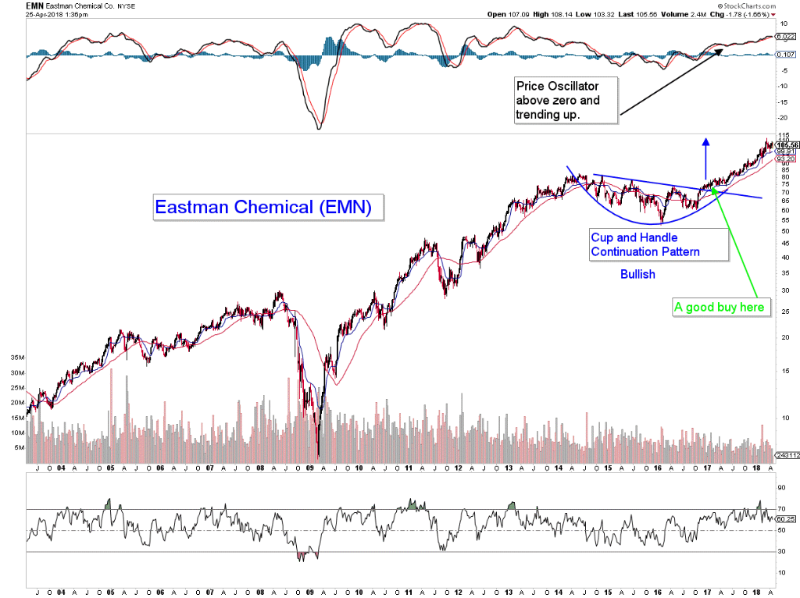 As we look at GOLD spot prices, we see a similar pattern developing but in Gold’s case it’s called a Cup and Handle Reversal Pattern, because unlike Eastman Chemical, Gold has been in more of an established long-term downtrend leading up to the Cup and Handle Pattern, thus in this case it will be a reversal, not a continuation pattern.  In both cases, upon breaking out of this pattern, it’s potentially a positive development.  With GOLD, we appear to be getting closer. 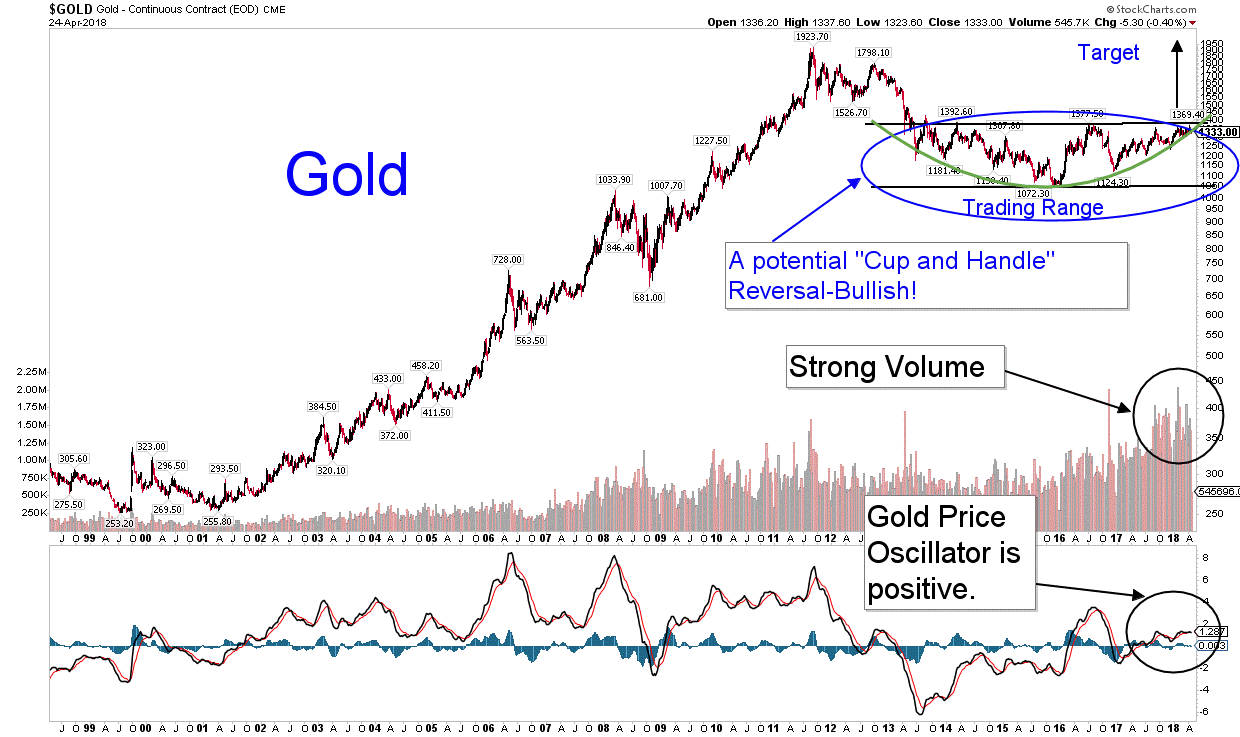 iINVEST SOLUTIONS IS A REGISTERED INVESTMENT ADVISER. INFORMATION PRESENTED IS FOR EDUCATIONAL PURPOSES ONLY AND DOES NOT INTEND TO MAKE AN OFFER OR SOLICITATION FOR THE SALE OR PURCHASE OF ANY SPECIFIC SECURITIES, INVESTMENTS, OR INVESTMENT STRATEGIES. INVESTMENTS INVOLVE RISK AND UNLESS OTHERWISE STATED, ARE NOT GUARANTEED. BE SURE TO FIRST CONSULT WITH A QUALIFIED FINANCIAL ADVISER AND/OR TAX PROFESSIONAL BEFORE IMPLEMENTING ANY STRATEGY DISCUSSED HEREIN. THE TACTICALSHIFT™ STRATEGY MAY GENERATE A TAXABLE EVENT IN NON-QUALIFIED (TAXABLE) INVESTMENT ACCOUNTS. PLEASE CONSULT YOUR TAX ADVISER. PAST PERFORMANCE IS NOT INDICATIVE OF FUTURE PERFORMANCE.  MoneyGuidePro® is a registered trademark of PIEtech, Inc. All rights reserved.